In any story, characters interact with each other, the situations they are in, overcoming difficulties, changing themselves for the better, and finally, reaching a conclusion. This is common in every story. But the way this happens and the events that lead up to it is not. Different stories have different structures and sometimes, the structure can completely change the genre of a story!

Any story can be broken down into an age-old, always present three-act narrative structure because it is the basic foundation for any story. Irrespective of the order, a story always needs these three “acts” to be complete. Here’s what it is in a nutshell.

A three-act structure has three stages in a story. The first part of Act I is the introduction of the characters in the story, world-building, and establishing the setting of the story. This is where you familiarize the readers with whatever information you want them to have.

The second act or Act II is when conflict starts to rise, difficulties are introduced and the characters are shown to be incompetent or incapable of overcoming the difficulties. It could be present as a form of an adversary or just situational difficulties. This is the longest part of the story.

The third and final act of the story is about the protagonist’s struggle to bring the right change in him/her and defeat the adversary or overcome the difficult situation. This is the climactic and conclusive part of the story and hence, the most exciting one.

Narrative flexibility in the Three-Act structure

The three-act structure is more like a framework of a story and there isn’t much to manipulate here for a different narrative structure. This structure tells what your story should have. As you can judge from the simplicity of this structure, just having the three acts in your story and calling it a novel would be like telling a bedtime story to children. Which they don’t like.

The three-act structure is developed further into subplots, side stories, multiple possible trajectories, and bringing the climax more than one time. But that requires another article. Let’s look at how you can change the basics of story structure to create something fresh.

The 7 part structure of a story

Most of the stories written today are much more complicated than a three-act play. Your story can have as many parts as you want but generally, the seven parts structure is seen commonly. This story structure allows more manipulation and the creation of new and unique narrative structures.

Plot A starts – This is when the main plot begins. This happens with the introduction of some difficult situation that the protagonist must overcome. It could also be an adversary.

Tension mounts up – This is when the protagonist goes through a tough time, resisting the right change. This could also be the point when both internal and external conflict rises and there’s a rift between the friends and allies of the protagonist.

Plot B starts – Plot B is usually the plot-driven by supporting characters such as the friends of the protagonist. This plot is connected with plot A but has its difficulties. The characters in this part shall grow and develop properly.

Fake victory – The word “victory” here does not necessarily mean victory over a fight. It means that the protagonist assumes that he/she has overcome adversity and succeeded. This is a false end that introduces another, larger difficulty. This breaks the hero and makes him/her change.

Issues escalate – This is when things start getting really out of hand. The protagonist now struggles to succeed and realizes that a change is necessary to overcome it. This completes the character arc of the protagonist.

Plots converge into one. Victory – This is when plot A and plot B converge, all the internal conflicts are resolved and everyone on the protagonist’s side team up, putting aside their differences and taking on the adversary. Victory is finally achieved.

The narrative structure above has been used before and if you notice, most of the stories in both written and filmed format have this structure. But how about we add something more? How about doing something radical? Here are some exclusive plot structure ideas from Wordsverse that you can try and develop to create some refreshingly new stories.

Instead of going with the linear direction with the plot structure, how about introducing the story from two opposite ends? Let’s say the story begins with a couple falling in love, but then the very next chapter is about how they hate each other?

This method is repeated with alternate chapters showing love and hate between the two and then, in the end, we get to see what was the reason for this change. Finally, a conclusion shall show whether these two people get back together or end up alone. A new and refreshing plot structure.

This plot structure is what Christoper Nolan, the director of films like Inception, Memento, etc, chooses for his story. His method is introducing a lot of intriguing and confusing questions about the story, piquing the interest of the viewers. Then the story gets more complicated, finally resolving in the end.

It is also worth noting that most of Nolan’s movies start with a scene that makes no sense unless you watch the whole movie. This creates a sense of satisfaction for the viewers when their curiosity is finally quenched.

Another thing to note here, and I’ll illustrate that with an example, is how the expectations are subverted with his movies. This isn’t a spoiler. In Memento, the very first scene instills an idea in the viewers’ minds. We think that we know how the movie ends. The movie unfolds and we learn more about the characters, creating an image for them based on the first scene. But then everything we thought initially falls apart in the end. Everything we assumed from the opening scene was wrong. Use this method and you have the recipe for success.

The narrative structure can be linear, which means that things happen in straight order, with no jumping back in time or place. But as mentioned before, your story must pique the interest of the readers. So with linear, add unclear. Start the story with a lot of questions and then proceed linearly and provide the resolution. Then perhaps, in the end, change the entire story by having a conclusion that subverts whatever the readers were expecting.

This structure style here is when you start the story in the middle, putting the readers into a world where things have gone wrong, the characters are struggling and issues are becoming insurmountable. But again, you’ll have to go back to the beginning to explain why this situation arose and develop the characters. After all, that, proceed with the second half of the story.

This one is a very complicated plot structure that can lead to devastating confusion. But if done properly, this could create a masterpiece of a story. So what is this “Branch Mess”? Look at a tree branch and the complicated ways it grows. That’s the plot structure for the story.

Begin with the story, introduce the characters (a lot of them, preferably unrelated). Then start with a subplot for each of these characters. Let’s say character A has a subplot with character B and they have to rob a bank. Then, completely unrelated character C is another thief trying to rob a bank, while character D is a cop looking to get something big. Start a story for each of them, branching out from the main story. Finally, end the story by converging all these different yet connected subplots with a conclusion. Pulp Fiction can be considered as an example of this story structure.

Freeway structure is where you decide what events happen after one event. You can explore any storyline wherever you want in the story. It can become a bit chaotic, but that’s the point of it. Keep it chaotic, but also cohesive, and then proceed with the overarching plotline. But when using this freeway method, never jump back and forth in time. That will destroy the story.

The novel series, A Song of Ice and Fire has this type of story structure. Each chapter tells a story about a different character that is oftentimes completely unrelated and unaware of the previous character. But it all happens at the same time. It establishes the characters and the world very well. But what if we jumped back and forth in time? You get The Witcher.

I am not talking about the novel series of The Witcher, but the Netflix series. The whole Ciri plotline was so confusing because it was happening simultaneously with Geralt’s plotline but at a different time.

Often, writers and sometimes directors mess the plot structure because they already know the ending of the story, they have the entire storyboard with them. But without the conclusion, as with the readers, the structure can get confusing and boring. So while being the writer, also be the reader.

Experiment with the different structures or better yet, create your plot structure that is tailored perfectly for the genre of your story. This concludes the article. But this shouldn’t be the end of your reading. Here are some of the finest articles related to writing that you should read; 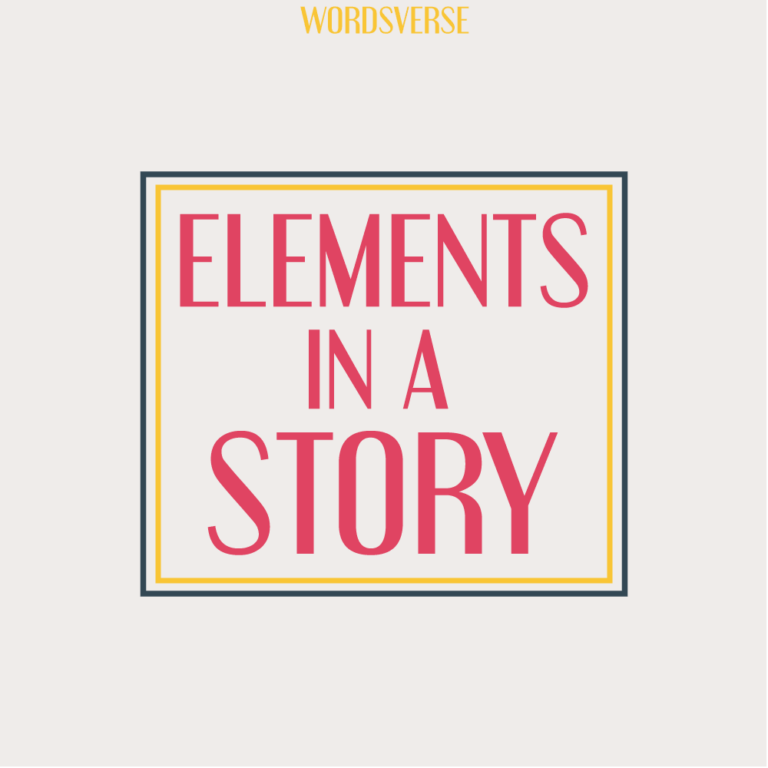 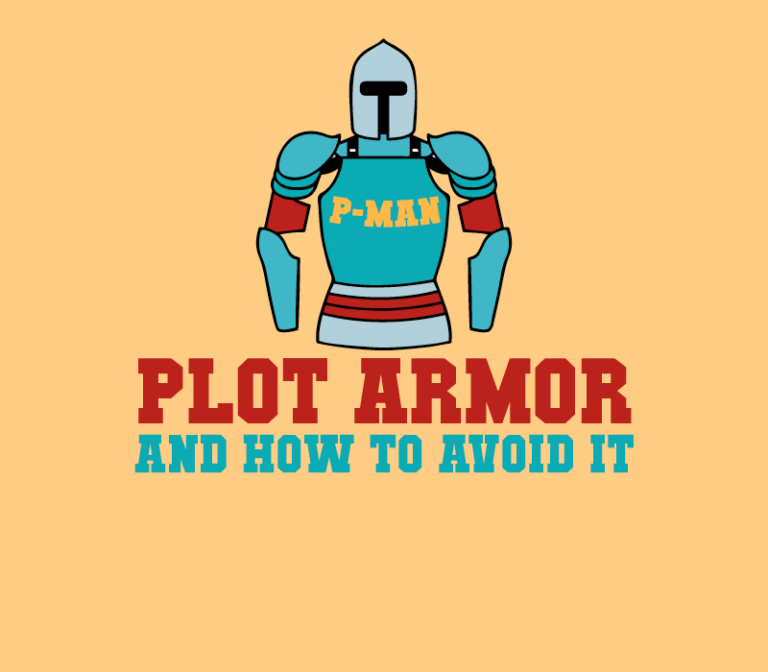 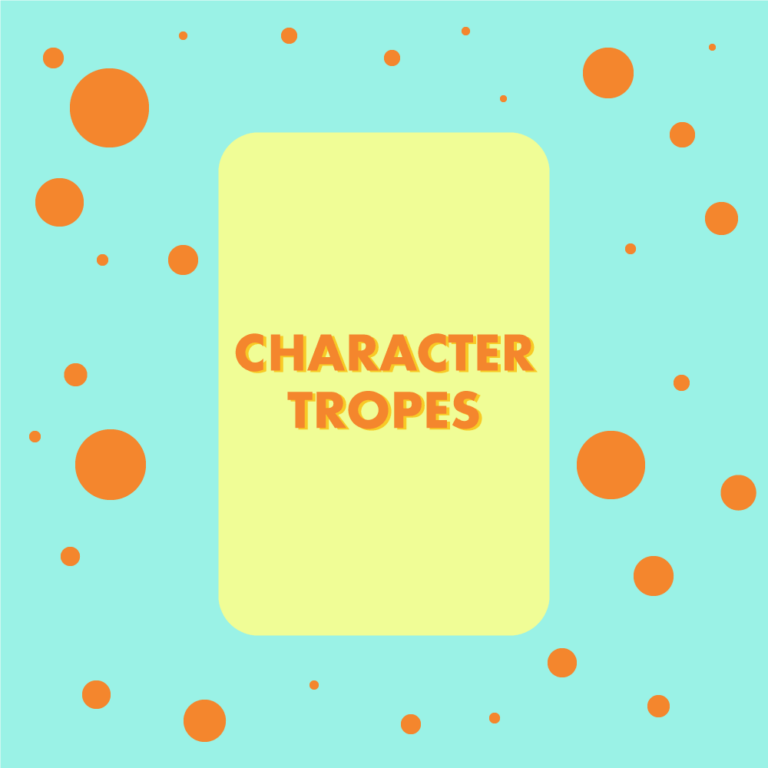